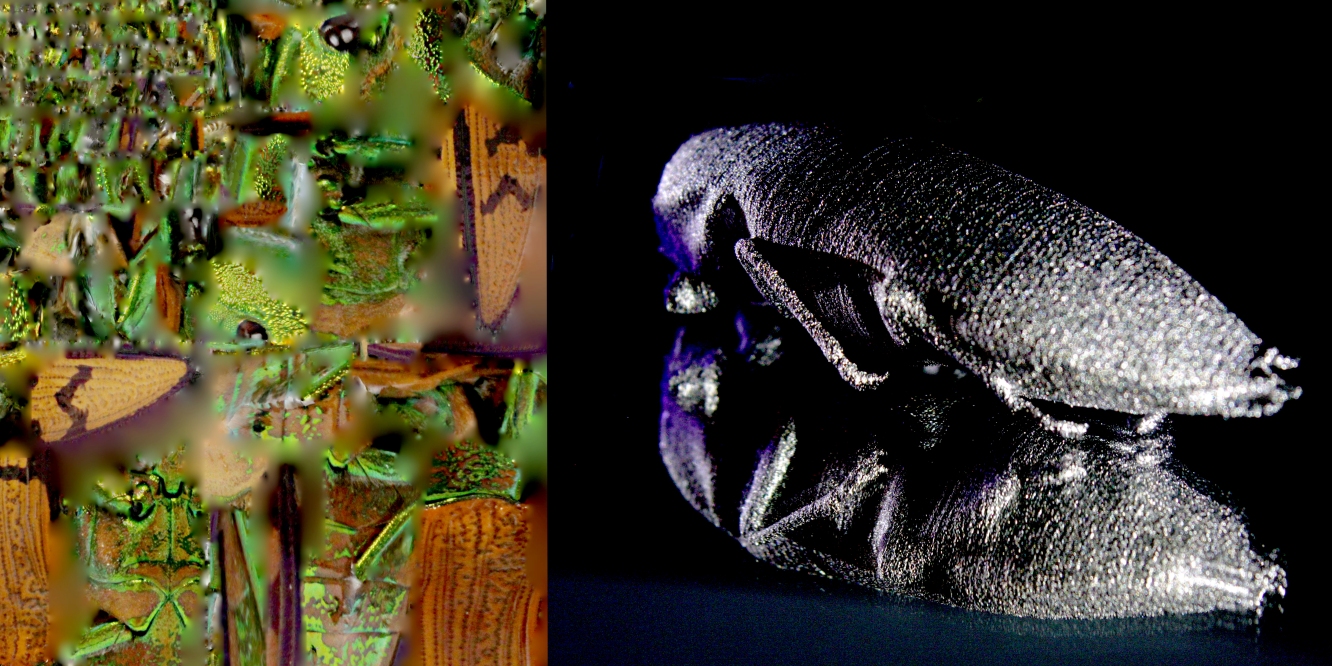 Researching the wheat weevil for the StellrScope project and working with CSIRO entomologists, Dr Eleanor Gates-Stuart discovered that there is a problem in identifying the weevil’s internal genitalia that is a key discriminative character between species.  This became a mutual challenge for both artist and scientist, to discover a method for the virtual construction of the insect and to capture as much information and detail as possible so that the insect could be rescaled as a 3D model, and to any size. The concept for virtual 3D insects was already in development with research scientist, Dr Chuong Nguyen, scanning insects for his research on automating 3D scanning processes for the Australian National Insect Collection. Together, they began looking at the possibility of projecting images of insects on architectural buildings as the possibility to scale the insect true to scale, in detail and oversize became an interesting challenge in retaining textures and body mapping. The 3D titanium insects idea evolved from researching the weevil a visual analogy to represent the body strength of the insect, super tough, and 3D titanium printing was the solution.

We learn from the past that invasive species have caused tremendous damage to native species and serious disruption to agricultural industries. It is crucial for us to prevent this in the future. The first step of this process is to identify correctly an invasive species from native ones. Current identification methods, relying on mainly 2D images, can result in low accuracy and be time consuming. Such methods provide little help to a quarantine officer who has time constraints to response when on duty. To deal with this problem, we propose new solutions using 3D virtual models of insects. We explain how working with insects in the 3D domain can be much better than the 2D domain. We also describe how to create true-color 3D models of insects using an image-based 3D reconstruction method. This method is ideal for quarantine control and inspection tasks that involve the verification of a physical specimen against known invasive species. Finally we show that these insect models provide valuable material for other applications such as research, education, arts and entertainment. – Abstract 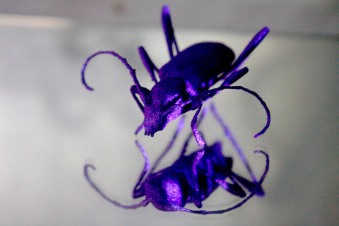 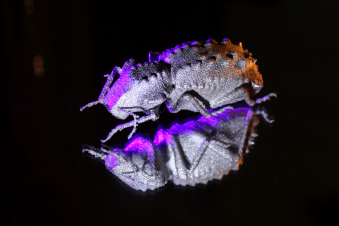 A 3D reconstruction of a Christmas Beetle [Anoplognathus viridiaeneus] generated from an optical scanning rig. The Christmas Beetle model was reconstructed from 144 images of 18MP each. Number of vertices is 126,620; and number of faces is 253236. The dimension of the 3D model is in mm and the physical length of the original specimen is approximately 26mm. This collection contains 4 files: * A PNG thumbnail of the model * An X3D file containing the model * A PLY file containing the model * A JPG texture for the model

More information can be following on these links:

3D-Printing Giant Bugs Out of Titanium For Science

3D-Printing Giant Bugs Out of Titanium For Science

All works on this site must not be reproduced or copied without permission and/or acknowledgement. Contact page for requests.